Learning to Care for Others

Kanani, 8, a victim of domestic violence, learns to care for others while a mentor guides her in making poi at the Kanewai Lo’i during the monthly mentoring activity Poi for the Soul.  “As a single parent, I have often felt isolated and alone. Kids Hurt Too helped us bond and create wonderful and meaningful family memories,” said Kanani’s mother who suffered years of physical and psychological abuse from their father who struggled with drug addiction. She found shelter to keep them safe and Kids Hurt Too Hawaii to help her two children heal.

Poi for the Soul is provided monthly because taro cultivation teaches us how to live with respect and care for others. Respect for others decreases violence.

Through Kids Hurt Too Hawaii’s positive peer activities, grieving and traumatized children not only receive support but also support each other. They practice respect for others and gain a sense of community responsibility.

HONOLULU — For Nikki Gregory, the hard truth was that staying with the father of her three daughters was not going to make their relationship any better.

The 34-year-old single mother admitted that it took her a long time, but she finally did realize that prison was his life.

She just needed help getting across to her girls – Champagne, age 10, Chardonnay, age 13, and Alize, age 15 – that it was not their fault their father has been in and out of prison his whole life.

“I wanted them to know that there are other kids like them,” Gregory said. “They’re not alone. That it was unfortunate we’re in the situation that we are in, but it’s not their fault. And it’s OK that their parents are not together. Kids Hurt Too Hawaii helped them become more open about their situation. They are not ashamed to say that their father is in prison.”

Gregory’s three daughters are among the more than 250 grief-stricken children, between ages 3 and 19, that every year in Hawaii turn to Kids Hurt Too Hawaii for a safe space to express feelings about their loss of a parent to such factors as incarceration, death or divorce. 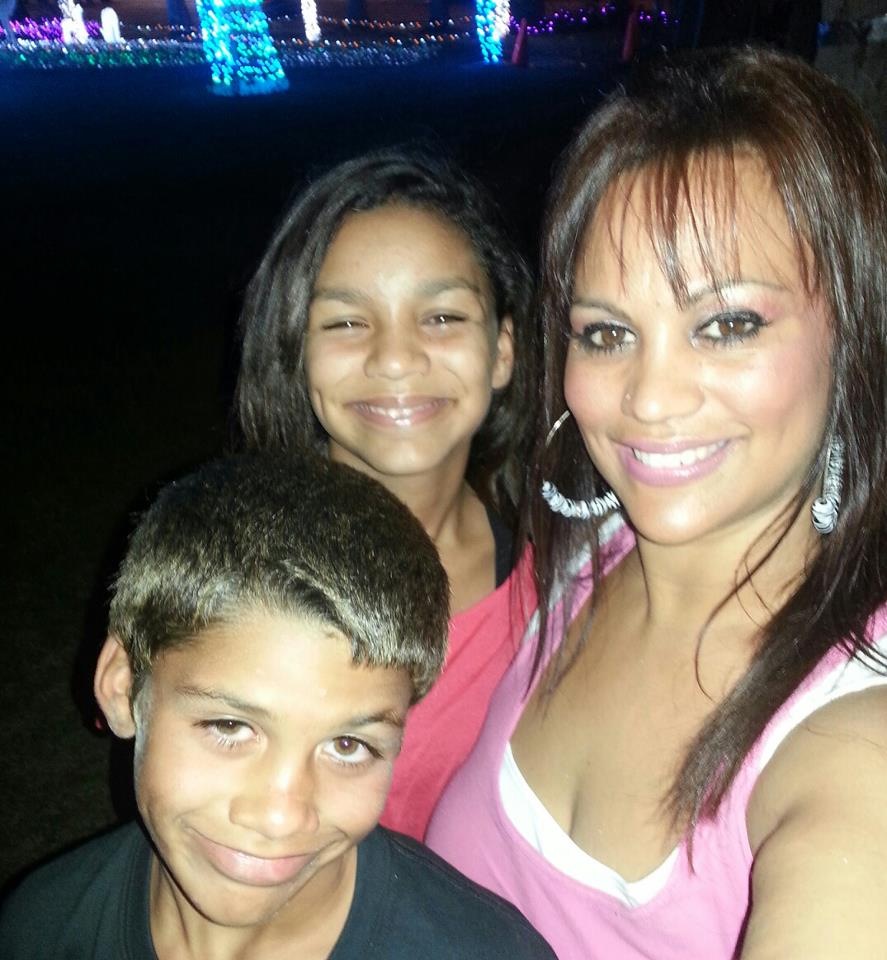 HONOLULU – Nicole Puente is the first to admit that her divorce six years ago from her children’s father wasn’t easy on them.

But the 35-year-old patient-care representative for a local hospital insists that staying in an abusive relationship for the sake of her two children — Audriana, 13, and Andre, 11 — was not an option.

“I needed as much help as possible for all of us to understand that the divorce was permanent,” Puente said, referring to the role Kids Hurt Too Hawaii played in bringing solace to her children.

“Kids Hurt Too Hawaii helped them to see that they weren’t by themselves,” Puente said. “They saw other kids going through the same situation. It made them more aware of their feelings and helped them better express their feelings.”

Puente’s two children are among the more than 250 grieving children, between ages 3 and 19, who every year turn to Kids Hurt Too Hawaii for a safe space to express feelings about their loss of a parent to such factors as divorce, death and incarceration.

It is a privilege to watch as the children grow and heal. Pictured here is Jamie and Malina. Jamie started at age 9. She is 15 now, experiencing success in high school and donates to Kids Hurt Too Hawaii. Malina, who started at age 11, is attending college at age 18. Jamie, separated from her mom through divorce and Malina whose father died have different types of losses. But like the 4,200 grieving and traumatized children who participated over the past 16 years, they found a place of belonging that understood their unique needs. They became a part of our ohana. Jamie invited staff to her Bat Mitzvah and donated $400 of the monetary gifts she received. Malina is an advocate for the organization. It is a joy to see them achieve their dreams.

Children have an amazing capacity for unconditional love. They see their parents with their hearts no matter how sad or bad. We are honored when they share their continuing bonds. They teach us how to love.

It is not easy for children to manage the impact of parent loss or trauma from violence, abuse, or neglect. At Kids Hurt Too Hawaii therapeutic activities they learn to never give up at Surf for the Soul, to take care of others at Poi for the Soul, and to be good citizens at cultural and community engagement events. In the peer groups, children learn they are not alone and gain positive social skills.

THANK YOU!!! to all the donors, volunteers, and staff who make this amazing work possible. May you be blessed with unconditional love.

HONOLULU — Kids Hurt Too Hawaii is training volunteers to help its efforts to bring solace to grief-stricken children. DATES MAY CHANGE DUE TO UNFORESEEN CIRCUMSTANCES.

The sessions are intended to develop a variety of skills centered around children’s grief and trauma.

Examples include understanding suicides, as well as the ability of crafts to help children cope with their grief.

The training comes at a time when Kids Hurt Too Hawaii is focused on attracting volunteers who are enthusiastic about the organization’s mission.

“We look forward to training volunteers who are willing to devote time and energy to helping grief-stricken and traumatized children, struggling with the loss of a parent, abuse, and/or neglect,” said Cynthia White, executive director of Kids Hurt Too Hawaii.” 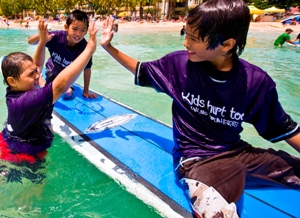 HONOLULU — Kids Hurt Too Hawaii has embarked on a campaign to raise $200,000 for a worthy cause.

Proceeds go towards providing 250 grief-stricken children with a safe space to express feelings about their loss of a parent to such factors as a divorce, death or incarceration.

It costs Kids Hurt Too Hawaii $900 per child annually to serve the 250 children, between ages 3 and 19, who turn to the nonprofit organization for help with their grief over the loss of a parent.

That comes out to about $75 per month for free services that include up to 17 hours of counseling; at least two outings intended to lift spirits and boost self esteem; as well as healthy meals and snacks.

HONOLULU — A difference can start with one person.

Just ask Donna Hodges, a 53-year-old Makaha resident who adopted her two grandsons nearly five years ago after their mother could no longer care for them.

To hear Hodges tell it, her 33-year-old daughter, Rosina, never recovered emotionally from when, at age 7, her father died in prison.

Her daughter’s chronic mental-health problems left her grandsons with two choices: living in foster care or with their grandmother.

HONOLULU — As Kids Hurt Too Hawaii turns its attention to providing grief-stricken children with a safe space to express their feelings, the non-profit organization continues to seek dedicated donors and volunteers.

The renewed push comes at a time when the nonprofit organization is focused on addressing its two biggest challenges: engaging volunteers and raising funds.

Both are critical to its efforts to continue transforming grief-stricken children’s pain into newfound acceptance and self-esteem.

“A high priority for us is to attract volunteers who are enthusiastic about our organization’s mission and demonstrate their excitement by willingly devoting time and energy toward helping our organization reach its goals,” said Cynthia White, executive director of Kids Hurt Too Hawaii.

HONOLULU — Kids Hurt Too Hawaii continues to expand its efforts to help children struggling with the loss of a parent.

Grief-stricken children in orphanages across Japan are the latest example of the nonprofit organization’s international reach.

Adults who experienced life in Japan’s social welfare system are benefiting in a big way from a two-day training session organized by Kids Hurt Too Hawaii, which helped them learn skills for engaging young people in conversations about their struggles.

At least one participant expressed appreciation for the training, which was characterized as helping him understand how his own experience could be helpful in the work he does with other youth.

“Our counseling and mentoring programs in Japan are intended to help traumatized children abroad draw strength from peers and relatives in their efforts to overcome sadness and feelings of isolation,” said Cynthia White, executive director of Kids Hurt Too Hawaii. 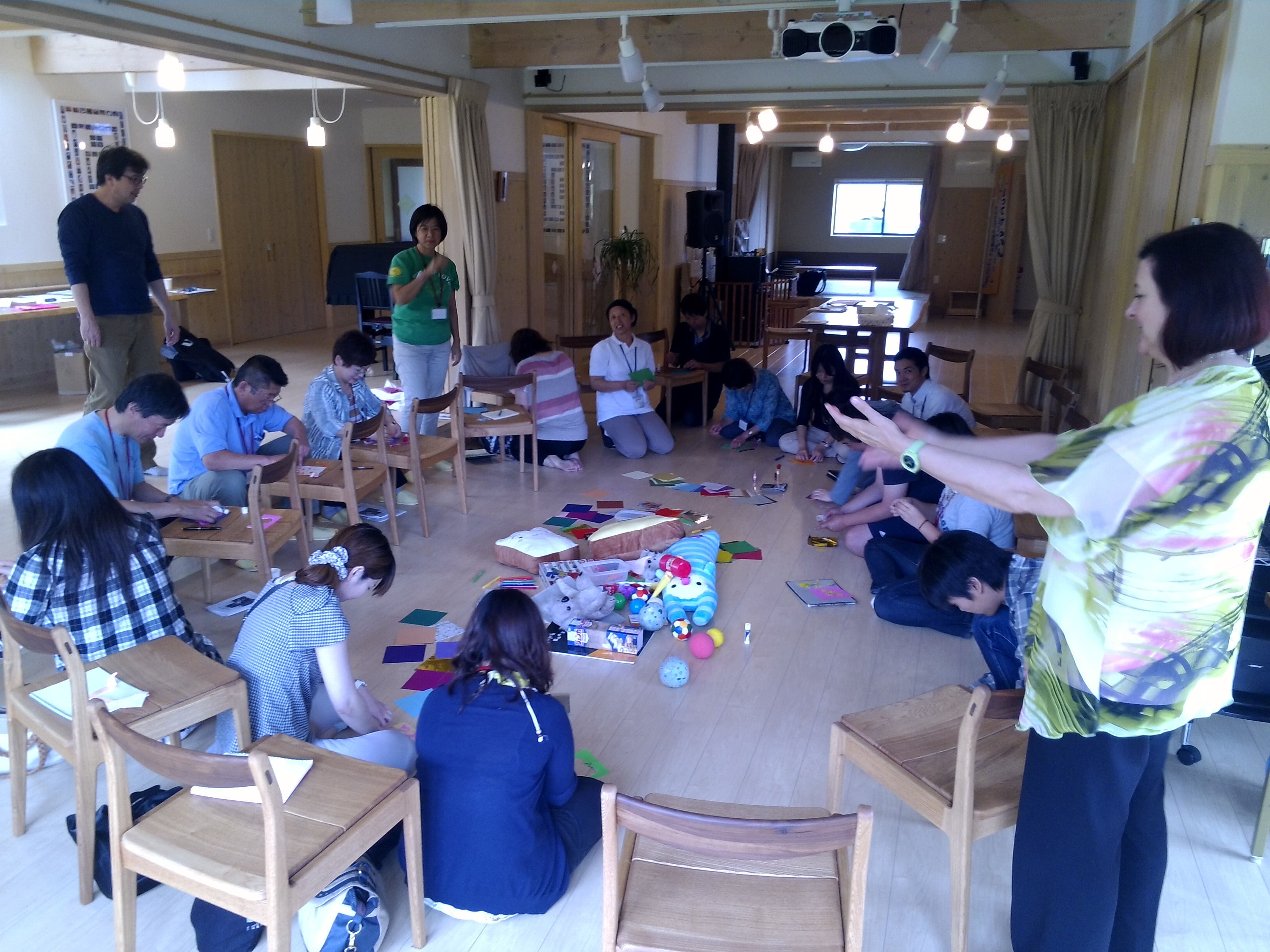 HONOLULU — Kids Hurt Too Hawaii has set its sights on training social workers across the state in helping grief-stricken children cope with the loss of a parent.

The two-hour training session starts Jan. 18, when social workers will be able to learn a full range of skills centered on grief and trauma, including helping them understand how children grieve as well as identifying the signs of suicide.

The training from Kids Hurt Too Hawaii comes amid a new state law that makes at least 15 hours of such training a condition for getting their license renewed.

“We look forward to the opportunity to help improve the ability for traumatized children to get the professional support they need to move beyond their pain,” said Cynthia White, executive director of Kids Hurt Too Hawaii.